Who was Erasmus Widmann?

Erasmus Widman, a musician and composer, was born in Schwäbisch Hall. His father, Georg Widmann, was a priest and a chronicler of the Haller Middle Ages and of the Reformation period. Erasmus´ grandfather, Dr. Georg Rudolf Widmann, was a syndic (legal advisor) in Schwäbisch Hall and the house he was born in, Am Markt 5, is one of the most beautiful Renaissance houses in the city. The eldest son of Dr. Georg Rudolf Widmann, who bore the same name as his father, was a clerk at the Comburg Abbey and an author of a book about? Faust. Erasmus was the second son of this scholar.

After Erasmus had studied in Tübingen, this humanistic and musically educated man found his first job as a musician and organist in Styria (Eisenerz 1595, Graz 1596). However, the onset of the Habsburg Counter-Reformation soon forced him to return to Hall where he became dean of the Latin school in 1599. In 1602, the art-loving Count Wolfgang von Hohenlohe, the builder of the Renaissance palace in Weikersheim, brought him to his court as a director of music and as an organist. After the death of his patron in 1613, Erasmus entered the service of the imperial city of Rothenburg as the Cantor of the Jakobskirche and as a teacher at the local grammar school. In 1634, Rothenburg was struck by the plague. After burying his wife and daughter, Erasmus himself died of the disease. His son took his place.

Erasmus left a large number of compositions, including a Protestant hymn book for Hohenlohe, a setting of psalms, and instrumental and vocal music to be played and sung at the princely court.

Ingenuity and genius are found above all in the folk plays, for which he wrote the erratic texts, and in the instrumental music, where canzones (dances) predominate. In 1619, a collection of his choral works was published entitled „New Spiritual German and Latin Motets“ (German title: “Neue geistliche deutsche und lateinische Motetten”).

On the frontispiece (see picture above) you will find, in addition to the likeness of the master, his motto, in Latin: „Happy with the happy, sad with the sad, lo and behold, Erasmus Widmann has something ready for everyone“. 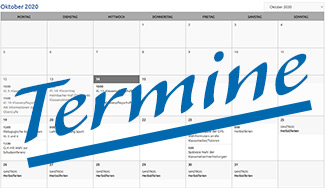